The reference to Stacey below has to do with the Arrington girls all going to Arizona to surprise Stacey this last weekend.  Great surprise!  Certainly better than finding a tree spider in your apartment….

Yep. Sorry. Looks like everyone truly did plot against you. If it makes you feel any better, they only told me a couple days before, and I didn’t actually read the email until after they went to surprise you, but I still got something.

I uploaded some pictures, and I wasn’t sure if I did last time so I uploaded one or two from last week. Really fast, I want to explain them. But first, there’s a picture of 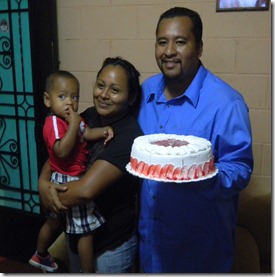 Will Chavez and his family when we went over for his birthday party last week. He’s Henry Chavez, our infamous investigator’s brother. Will is a member that is just waiting until he can go through the temple with his wife and 3 year old son, so it’s really a great family. They’re super nice people.

Okay, I have to interject a story really fast. For a few days this week the electricity would go out for an hour or so and then come back on. Then it’d go out, then back on. Random. Or, we thought it was. Then one night we heard some loud banging and some gunshots. It turns out that the police had been killing the power so they could go arrest basically all of the gang members in the city. Or at least a lot of them. And the people who live behind us were five or six of them, so what we heard was them getting arrested. I uploaded a couple pictures of a news article describing it, in case you can read Spanish. But the really crazy thing is the picture. 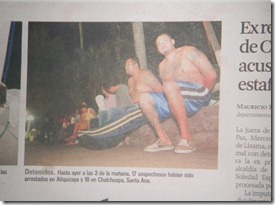 Apparently because Will and Henry have tattoos, which here means they’re part of a gang, they got arrested, too. In the pictures, the guy closest to the camera is Henry, and then to his right is his brother, Will. I think that’s stupid because we were totally going to baptize Henry, and Will’s a great guy, and it’s just stupid. But as it turns out, it’s pretty hard to teach and baptize someone who is in prison.

Let’s see. I also uploaded a bunch of nature-ish pictures we took last Monday, so you have a little bit of a better idea of what this country is like. Also, we caught one of the spiders that are always up in the trees 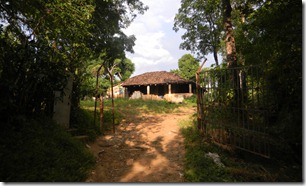 and power lines and stuff, so there are some pictures of it climbing around on me. Seriously, I see dozens of these things a day, but they’re not poisonous, we think, so it’s okay. Also, I look weird in some of the pictures, but I was seriously cracking up the whole time because the legs tickled, and it kept spinning a web on me.

Also, there’s a picture of a rock that looks like Oklahoma, so my comp freaked out and took a picture, since that’s where he’s from. So I took one too.

Okay. Besides what I’ve already mentioned, there wasn’t much that happened. We found a couple new families to teach, which is sweet, but we’ve only taught them once each. I don’t know why, but it’s getting really hard to find people a second time. They’re just never around. We still haven’t baptized Jorge, either, because he really wants his grandma to be okay with it, and she’s not yet. I hope that he’ll decide soon just to do it anyway. He knows it’s true, he just doesn’t want to go against what his family says, which makes sense, but not really at the same time.

As a house, we decided this week to get back on schedule. We had been staying up late talking too much, and getting up late and missing some st 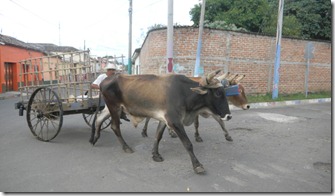 udying, so we recommitted this week. We did pretty well, actually, and it’s amazing how much more energy I have when I get up early. That doesn’t seem like it would make sense, but it works. Also, I’ve been exercising again in the mornings. Sweet.

Someone just recently told me that they’ve been trying to repress anything that is complaining, either vocal or mental, and I want to try and do that some more. I feel like there are just days here where things are really hard, and the little things my comp or other people do drive me crazy, but really I should let that go and just try and feel the spirit. So I’m going to really try and do that more this week. Just so you all know, I guess.

Oh, that reminded me. We went to go find our recent convert, Herson, and couldn’t find him, so we bought some Chocobananos, which are basically bananas covered in chocolate and nuts, which is super good. And kind of healthy. 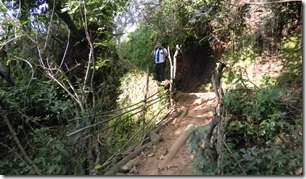 But we started talking to the family that sold them, and got invited in to talk to them. I don’t know why it was different than normal, but I really felt the spirit the entire time, and I could just feel the words being put into my mouth. After, I just felt incredible. I decided that I feel really bad for people that don’t go on missions, because they have no idea what that feels like. It’s incredible. That’s what I want for every lesson. The question, then, is why is it not like that every lesson? Is it me, or the investigator? I guess I’ll just have to keep praying and doing my best to be obedient.

Alright, finishing up really fast, thanks again for everything. I think I say that every week, but still, reading your emails is basically my favorite part of the week. That and serving the Lord, of course. Emily and Dave, your week sounds crazy with all the Arizona stuff 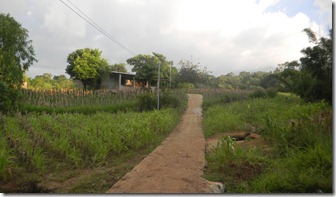 and Dave sitting at home with the girls, but it sounds like fun, too. But Dave, don’t give anything away from that book. I’m reading it when I get back, of course. Lindsay and Julie, good work on the Stacey operative thingy. Wow. I need to work on my naming of things. My sentences are digressing. But seriously, sounds way fun. And Michael, I expect to see those senior pics and you looking good in my tux. Steven, keep going with football. It doesn’t surprise me at all to know that you lost the games that you didn’t play in much. You are, after all, the driving force ;) Nice! It just started raining really hard. I love it. And Mom, I know you loved the weekend as well, but I hope you’re enjoying your time at work and home just as much. Dad, thanks for the depressing emails about BYU football. And other things that aren’t sad, I guess. Really, it’s fun to hear what’s going on with everyone.

I’ll try to write down some more details about random stuff in my next email so you can all get an idea of how things really are here. Like Dad said, though, it’s all normal for me since I’m out here, so I can’t really think of anything to write that would be interesting. Oh, but I am definitely getting used to having bugs everywhere.

Thanks again, and have a good week of writing to me!