Some pictures from a little trip this week…

We bought a new iron this week. The old one broke sometime before it crisped the sleeve of the shirt I was ironing, which is now the consistency of a Tostito chip. Which makes me hungry. 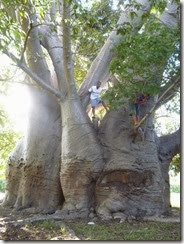 After a little searching around we found a suitable replacement, brought it home and put it to work. And that's when I found out that it has the most powerful burst of steam in the history of the world.

I filled the iron up with water and pushed the steam button, and it just about knocked me to the ground. After that I starting shooting it at the walls, pretending that I was blasting bad guys away like Ironman. Or like... Iron-man?

But enough about that. Ulrich, an 18 year old recent convert, has started helping us. He came up to us one day and said that he wants to go on a mission, and wanted to know how to prepare his papers(we said to talk to the branch president). Then we stopped by his house a few days later and he said that he wants to get some teaching practice in, and asked if he could come teaching with us. Well of course you can good man! 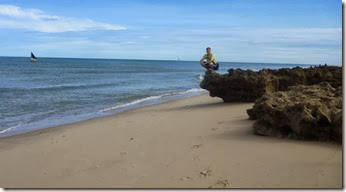 And what a stud that kid turned out to be. He attends Preach My Gospel classes and seminary, and is pretty good at teaching. He also wasn't afraid to speak up or bear testimony in lessons, so he was a great member to have.

So he helped us on Wednesday, and has found a couple other times to help us throughout the week too. We also get Bernardo, the 13 year old beast of a member, out with us sometimes, so we're starting to get help from a bunch of people in the branch. The actual branch missionaries are always "too busy", but it's good to know that some people can make time for the gospel. The branch missionaries are actually way good, but they don't really like spending a whole day walking around, wearing a white shirt and tie. But what 17 year old does?

Ulrich was also really funny when he helped us. We were walking down the street when a guy called us missionaries, so we stopped to talk to him. He explained that he had learned from missionaries in the past and had been way diligent, and was almost baptized, but changed his mind at the last second because his neighbors told him not to join the church. He walked away after that, as friendlily as possible. 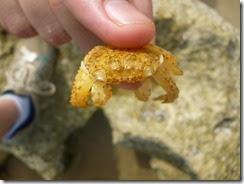 After that man was gone, Ulrich turned to us and said, half laughing,"he knew the gospel was true, but was more afraid of his neighbors than of God? Does his salvation depend on what his neighbors think? How stupid is that guy?"

I just got a kick out of how straightforward Ulrich was in the way he said it. Seriously though, it's kind of depressing how many people will claim that they know the church is true, but don't join because of external, unimportant issues. And I'm sure that's not a problem specific to Madagascar.

On Saturday we had a branch activity, trying to get more less actives back to church. And the next day, out of nowhere, our church attendance jumped up by almost twenty people! It turns out that all you have to do sometimes is offer people food, and suddenly they remember that the church is true. Go figure.

They also didn't plan any music, although they wanted music, so I got to come to the rescue with my flash drive that I happened to have on hand. We enjoyed the soundtracks from the Prince of Egypt and Brother Bear, and songs by Josh Groban. Sweet!

One common problem here in Madagascar is that people don't understand the concept of baptizing their child WHEN THE CHILD TURNS EIGHT. So yesterday the branch president (yes, the BRANCH PRESIDENT) came up to us and said, "we have a bunch of kids that are ready to get baptized. What do we need to do to get them dunked?".

Well, they need to have an interview with YOU.

I'm totally down for teaching the kids, but they shouldn't have to be taught in the first place. And isn't that something the branch president should know?

There's my venting for the week. I guess that's why they have people that DO know the rules (i.e. missionaries) so that we can teach others. It's just frustrating sometimes, having to work with people who know so little of how the church runs. It's not their fault by any means, but still. Imagine how Christ felt when He had to correct the apostles, or when He repeatedly told them of His death and resurrection and they STILL didn't understand it.

There's another random side note. I've been reading Jesus the Christ, and I'm at the part just a few days before the cross. Good stuff. 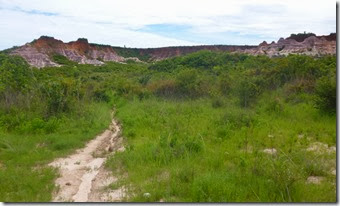 Elder Rakotonjanahary decided to take us to this awesome part of the ocean for our P-day activity, which rocked. We passed by a boabab tree and took some pictures, but got caught in the act by a guy that said we shouldn't climb it. So we left. The picture that I attached is with Ulrich, who came with us on this escapade, along with a couple branch missionaries, Stephano and Fabien.

The ocean was beautiful, with blue water and white sand. We also found this small creature who's name I cannot recall in English. It reminded me of Mr. Krabbs from that one show. Owner of the Krusty Krabb. We wanted to feed it some crabapples, but had none. If only I could remember what it is called! It also refused to smile for the camera, but I'll guess it was just having a crabby day. 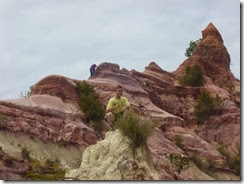 After that we started wandering more inland, and found the jungle. Which was also fantastic. We saw some awesome views, took some cool pictures, and Fabien even found time to catch a snake! What a P-day!

In short, there are some difficulties here in Mahajanga, but that's why the missionaries (or "workers") are sent. There wouldn't be much purpose for the missionaries if things were already running perfectly.

Either way, we'll get things running smoother than butter on a bald monkey.

I should probably end this ranting now, and I'll try to send a more useful and organized email next week. 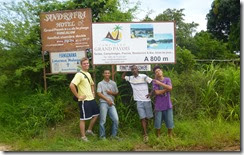 Have a great week everybody!

PS: Mom, it turns out that I DID get the pajama shirt, which completes a set of very soft pajamas.

PSS: Emily and Dave, I got your Christmas card, and loved the "Diaper Equation". Just think, with only one diapered bum left you could have that whole stinking situation wiped away and thrown away in the outside garbage can by next Christmas! (get the pun?)