More bug bites and a word about gossiping.  Can you wiggle your ears?

Another week gone by, another 1.21 gigawatts worth of bug bites. I was actually pretty content for a while, since most of the bites are almost gone now. Then I woke up to a whole new wave of fleas. They've more than restocked my old bites, plus a few extras. How generous. 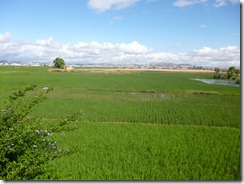 On an entirely unrelated note, I can officially wiggle my ears now. It's only a little bit, but hopefully I'll soon get good enough that I can wiggle them really well. First the right one, then the left, and then I'll stick out my tongue and turn these people into apples.

Another fun difficulty that we've been having here recently (and will only get worse for now) is the rain here. Of course, thanks to my proud Oregonian heritage, I'm pretty used to the rain. The problem is that a lot of the houses here have tin rooves. Roofs? The roof is made of tin. We'll go with that. So when it starts to rain really hard, it rains really LOUD. Just yesterday we were sitting in a lesson with this family, and it started raining. On that blasted roof. So we're sitting there trying to teach, but of course they can't hear us, so we start screaming "I KNOW THAT JOSEPH SMITH WAS A TRUE PROPHET!!" and other truths. It was an interesting time.

We also had our ward missionary with us, as we do pretty much all the time. Leonce. You may remember him as the kid who baptized his brother. He's been a huge help to us, helping out at LEAST 90 percent of the time. Interesting and rather frustrating story about him. So Leonce has ben preparing for a mission for a while, learning the lessons, teaching with us, and things like that. Yesterday was stake conference, and they did that thing where they announce people that are receiving the Melchizedek and those people stand up and are recognized by everyone. 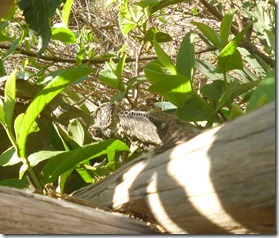 Side note on that. It turns out that the people that stood up didn't know that they had passed the interviews or anything until that very moment, in stake conference. Aren't they supposed to be told right after the interview?

Anyway, Leonce had been interviewed, but his name wasn't called out. It turns out that somebody has been spreading rumors that he's been smoking weed and drinking. And our president believes the rumors more than he believes Leonce. So this kid can't go on a mission, or even receive the Melchizedek priesthood, because somebody thought it would be a good idea to spread that idea. And it's just retarded! This kid has just baptized his own brother, he's the most diligent kid I know, and he spends his time either at school or with us missionaries! I can't imagine that he would even have time to smoke or drink, not to mention that he never would. Seriously, teaching with the missionaries at least 6 days a week, and somebody ruined his chance to serve a mission of his own.

Let the lesson here be that gossip is bad. DON'T GOSSIP. I know it sounds like a little thing, but it killed this kid's chance of going on a mission any time soon, and it's caused dozens of other people to fall away from the church here in Madagascar. People say things, pursecution starts up, and the member leaves the church. Gossip is BAD.

But enough of that. Suffice it to say, we're mad about that. Leonce was just sad, but Elder Landon and I... it's just not a good situation. Especially since we actually know who started the rumor. Darn them. 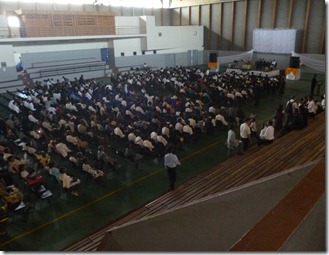 Anyway, somebody, in their email to me, mentioned a conference with Elder Holland a week ago. And I'm like, oh that's nice... yeah, the prophet talked in our stake conference. So in your face. I don't know if that was a thing for everybody, but we got to hear an address from him. Of course the whole thing was in Malagasy but he usually gives some pretty good advice. By the way, our stake conference was in a big gymnasium or something. I think I sent a picture of it, just to show how ghetto Madagascar is. They be rockin the gym.

Food has also been a fairly common question. Honestly, it's actually not that bad, as far as the taste goes. There's a picture of me eating some rice and laoka (pronounced "loke". That's what Malagasies call pretty much anything that you put on rice). The food in that one was actually made by my companion, Chef Elder Landon. It was actually dang good. The thing you really have to loaka out for (oh snap) is how clean the food is. Just make sure you clean your stuff. 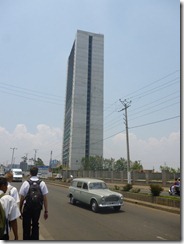 At home, we've actually been eating especially well. We get about 365,000 ariary per month (about 175 dollars), which here means that we live pretty happy. Sometimes we get to go to Shoprite (think of Hanks, but more run down) and buy actual food. Just yesterday we had hot dogs. Although the buns were kind of moldy. Elder Randall (who makes most of the food around here) was like "but why are they molding??" Well good sir, they did expire three days ago. That could be part of the problem.

Another question was asked about soccer. It's probably the most played sport here (except perhaps for bochi ball), but I wouldn't say it's super popular. Most kids go to school and then work with their parents for the rest of their day. I guess they find ways to make that fun.

And somebody said that I looked really small compared to my MTC pictures. It's true, I was actually just about the shortest in my group. And it does seem that most of the missionaries here are pretty tall. Although let it be known that I (and pretty much every other white guy here) am quite a bit taller than the general population of Madagascar. I'm talking like most people here are at least a full head shorter than me. Which kind of sucks since they only build their houses as high as they need to. I've been crouching a lot to avoid hitting the ceiling.

And that's all I have to say about that.

So there's been a lot of ups and downs. But it's mostly been good. Today we're planning to just sit around our house and play dominoes or something. After food shopping.

So keep writing everyone, I promise I read everything that you send, although I may not answer everything. Just sending off an email a week is about the best thing you can do for a missionary.