Another great letter from Michael this week.  I will say this.  For years while Michael was in elementary school, junior high, and high school, I could barely get him to write a single paragraph for a report.  It would take HOURS.  Now he writes the funnest letters!  And they’re long with lots of information.  Who would have thought?

Apparently he’s still learning the language.  And we got some pictures!  Most are still from the MTC.  There’s one of all the elders (and instructors) from his MTC district, and a great picture of him and his companion with a sister missionary who is actually from Madagascar.  We do have a picture or two from Madagascar, just not with him in it….

Subject:  "I also believe Joseph Smith was a pamphlet"

Well it's been another week. Obviously. And Madagascar has been awesome.

This keyboard is still annoying as the flies that keep buzzing in my ear for no feasible reason, since it says it's in English, but it lies. Curse you keyboard. 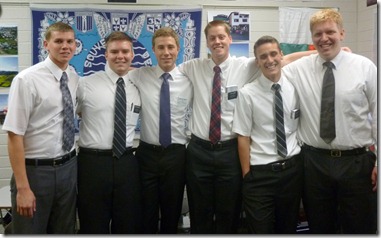 Anyway, life has been pretty good. As you may have guessed from this week's movie quote, the language has caused some interesting misunderstandings. That's a really long word. For one, I was talking to an investigator and explaining that after baptism, we have to endure to the end. Always, always, always. Except it came out as "time, time, time". They were like... what? That's just another reason we have senior companions.

Other than that, just a few random notes. In regards to the bro-nod-baby, we taught that family again and he's still just a chill little nut. They do fist bumps here (they call it a "dona" (dew-nah)) and he kept doing them through the whole lesson. Sadness about that family is that they have been learning forever, know the lessons really well, but aren't able to get vita soratra (married) yet, so they can't get baptized. So yeah. 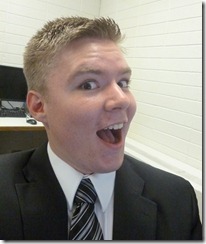 Lindsay had a bunch of questions, so I'll try to address as many of those as I can. For one, the landscape here is rather reminiscent of Kung Fu Panda, when he climbs up to the Jade Palace. To see who the Dragon Warrior will be. Because he loves kung fuuuuuuu...uu... If you know what I'm talking about. So there's a lot of stairs. And hills and such.

If you want to know what it's like with the people here, imagine the scene from Inception where Ariadne is in Cobb's dream, and his subconscious figures out that she doesn't belong. Just that part where everybody is staring at her. Right before she gets stabbed. That's pretty much what it's like here. People stare a lot. It's rather unsettling.

As far as their knowledge of America, it's pretty low. Since usually the only white people they see are French tourists, or old French guys coming here to look for young wives (creepy, but that's just they way it is), they assume that we missionaries are French. You will never hear "Bonjour!" anywhere in the world as much as here in Mada. All the kids here think it's super funny to yell "bonjour vazaha!" at us all the time, since we must be French. It basically just means "hello white guy!". And then we'll say hello back to them in Malagasy and they're like "whoa... he knows Malagasy!". You're dang right I know Malagasy, you little flea. But they're fun. This is the only place in the world where you can just grab some random kid off the street and start throwing him into the air and not get arrested for life. Not to mention that the kids, and the parents, love it. They're like, oh, the white guys aren't just here to take the women. And prune the hedges of many small villages. 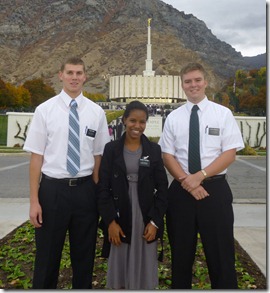 I think I'm getting some kind of stupidity now. I was trying to eat cereal the other day, but it was this nasty and flavorless... thing. So I was like, this needs sugar. Grab the sugar, put it in, and take a bite. Turns out it was actually salt. Not the best cereal I've had. And after that I was like, I need a drink to wash this down. So I get out my handy dandy apple juice, unscrew the cap, and start pouring it. Into the cereal. It was an interesting morning.

We also taught a lesson recently, with someone who is about to be baptized, with this super funny guy. We were sitting there talking, and he comes in asking about the cyclone or hurricane or whatever it was that hit New York, and he was just flabbergasted that we couldn't look up the news about it. We laughed for a while, and then asked who would like to pray. As soon as the words came out of our mouths, this guy ran and literally DOVE out of the room, to safety. It was funny.

So... yeah. It's been pretty eventful. Oh yeah! So our toilet has been super loud forever, running constantly, and Elder Randall (one of the other Elders in my district) decided that he could fix it. To make a long story short, we spent the night with a bucket under the pipe that leads to our toilet, catching the water that dripped off from a leak that "came out of nowhere". I can't believe you totaled a mammoth. Hey, that mountain came out of nowhere! And so on. Anyway, there's a guy at our house right now, fixing it. 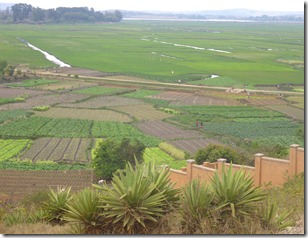 And that story reminded me to tell you all about my district. There's myself, Elder Landon (my comp), Elder Randall (the not-plumber), and Elder Rakotamalala (the Malagasy). Yeah, I'm living with a Malagasy Elder. Which has been pretty... interesting. It definitely gives me a chance to practice the language at home.

So this whole time I've been writing, I've been trying to upload some pictures to the server. It's not working out too well, so I'll attach a couple to this email.  Right now it's loading one of me running up the wall at the MTC (I'm actually lying down on an ironing board), and hopefully it will soon get to the one of me, Elder Hamm (if you remember him), and Sister Tsyfanay, who was a Malagasy sister that's serving at a visitors center in Salt Lake. Not the actual lake, but the city. Just to be clear. And I just a picture of some rice patties and farming stuff. We have really cool views here. And there's one of my desk. Sorry Mom, I plan on cleaning it... sometime.

So basically, it's been great here. I 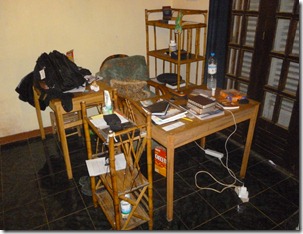 need to go now, so work hard everyone, and keep emailing! And for those of you who may not know, friends are allowed to email missionaries, I just can't email them back. I've been working on some paper mail to send. Also, could somebody get me an mission address for James Packard? He's serving in Georgia Atlanta right now I think, and I kind of want to send him some stuff. Mom and Dad, I'm putting you in charge of that.

Anyway, thanks again, this mission is the best (sorry, but it's true), and I'll talk to y'all next week.

PS: I think some pictures are on the server now. Enjoy.