Week 20 in the Mission Office

AKA week 1 in the new mission office.  AKA President Lopez’ last week as mission president.  AKA David crosses one year out as a missionary!

And get this, he tells us his actual release date.  Presumably since he’s the mission secretary, he can see the calendar that far forward.  Oh, and we get the new mission address.

Note that the name of the mission has changed!  Now it is the El Salvador, Santa Ana/Belize mission….

Subject:  “Our reward is that justice has been done.” [Gotta be Three Amigos]

Julie, that'd have to be Dirty Rotten Scoundrels. I haven't been out THAT long. (Oh wait, yes I have. A full year).

And for the rest of you, I wasn't just now referring to my subject line quote. 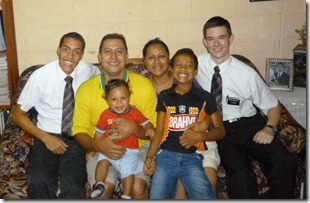 We kind of really got settled into the new office this week. It was a lot of work, and there is still a lot of unpacking to do, but we're getting there. I'll send pictures next week, since I forgot my cable today. But the office is nice, and things are going great there. President Lopez only has a little bit more than a week left, so that's super sad. In case you are all sad for him. He's been a really great President.

That reminds me. Normally, when mission presidents get changed, the old one leaves, the new one comes, and that's that. They have a really short meeting (an hour, maybe) to hand over the keys and cell phone, and that's it. However, President Lopez and President Cordon are actually pretty good friends. They've worked together a lot. So they arranged a video conference Monday morning for us, the office, to meet him. It was really cool, to 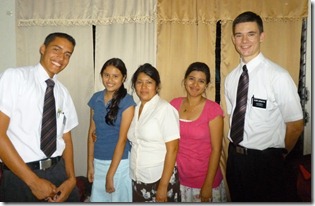 be honest. He speaks very good English, and his wife speaks almost perfectly, from what I could tell. But the point is that, talking to him (he said I speak really great Spanish, by the way :) ) did not feel weird at all. He already feels like a mission president. And he's super excited to come work here. It'll be fun. He actually is in the MTC right now, if I'm not mistaken.

My new area is called Independencia, in the zone/stake Modelo. It's basically in the heart of Santa Ana, which is one of the largest cities in El Salvador. That's not saying much. San Salvador is pretty big, and very modernized, but the rest of El Salvador kind of isn't. But I love it here. We went to meet the bishop, his counselors, and some presidencies on Saturday, and then went to church on Sunday to meet the rest of the members, and it was really interesting. The bishop and several of the members told us that, even though we work in the office and can't dedicate a ton of time to the area, they're super happy that we are here. One of the other Elders that was here before us was kind of not one of the good ones, and they all knew it. But now they're ready to work. Several of the priests even told us that they stopped doing divisions with the last set of missionaries because of this one Elder, but now they want to go with us. 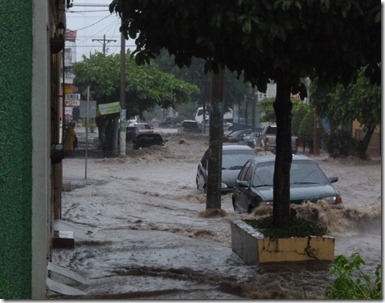 On Sunday we found several people who are attending the church and haven't been baptized, and the members were literally throwing referrals at us. I'm not saying that we'll baptize like Sonsonate or anything like that, but there is a lot of work to do, and the members are really willing to help us.

Quick story. On Saturday we asked the bishop if he knew of any inactive members that he wanted us to fellowship. He gave us the Blanco family. So that night we went to visit them. And then Sunday morning we got them to church. The bishop, needless to say, was very happy with us. And that was cool. 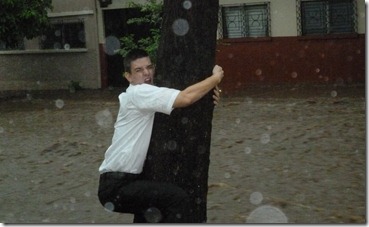 I was stuck in the office all day Wednesday and Tuesday, so I didn't work in the area at all, but yesterday we visited William Garcia. His wife is the primary president, and his family is super active. He himself is actually super active. He goes to church, all the activities, and was even supposedly greeting the members for Stake Conference. His problem is that he doesn't have a desire to be baptized. He used to be agnostic, which basically means that he believes in science more than anything else. He's been reading the Book of Mormon, but keeps analyzing it too much to get anything out of it. We really have to work hard to help him feel the spirit. I think if we can do that, we'll get him. And we have to. His wife, Rosa, told us that she felt like we were special missionaries, and that we would be the ones to finally baptize him. But no pressure, right? 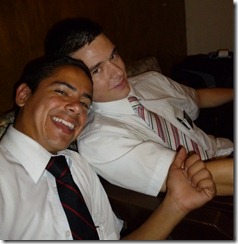 Here's a quick story about Zone Leaders. I needed some reports a while back, so I called all of the zone leaders two nights in a row before I needed them so that they would remember. The day they were supposed to send them, I got one. Out of twelve zones. So that's not good. This week, we had some training meetings in Santa Ana and Sonzacate (which just became a stake), and I asked permission from President to take a few minutes to ask for some pictures that I needed from all the zones. I even told them the story about how horrible the participation with the reports went. After I sat down, President himself got up and machettied them all for their lack of participation, and told them that they had special permission to send me the pictures the next day. So the next day, guess how many pictures came from the zones? I got half of a zone's pictures. We're digressing here. So I called up all the zones, machettied them a ton, and told them to get me the pictures yesterday (the next day). They all told me they'd do it. When I left the office I had gotten less than a third of the pictures I need. This isn't working very well. 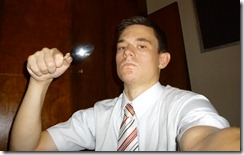 That's basically how my days have been going in the mission. Now on to my responses from you all. Lindsay, I am super glad you have eaten at a pupusaria, but my guess is that you didn't like it (you only told me it was "different"). That's okay. Not many people like their first pupusas. I think because nobody is really expecting what it is. But I love them. And 1.60 for a pupusa is ridiculous. Really, really good pupusas here cost, at most, 60 cents. I used to not pay more than 25 cents for one. And for the record, you have to eat them with the salsa. And your hands. None of this fork business.

Julie, I quite like your new house. I can't say I love it, since I have only seen the front, but it looks perfect from there. Congratulations on that. And James is getting quite fat. You should get a camera with a wider view so I can see all of him in it :) 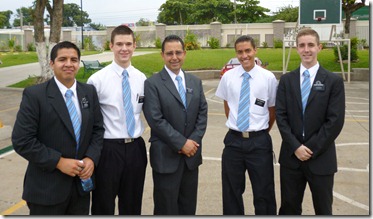 I have, as you all know, hit a year, but I feel kind of exactly the same. Time did go pretty fast, though. I have a little bit more than a year left, though, still. I officially get released on the 19 of June, and my flight home will be on the 21. Just so you have a little time to prepare.

Baseball sounds awesome, Steven. I hear you've been playing more shortstop, and that you're rocking it, but you have to be careful not to let that affect your batting. Just remember what a prophet has said: "No shortstoply success can compensate for failure at home plate."

We also had a blood donation here in Modelo. Apparently missionaries can't donate it. So that's the end of that story.

And as far as the letters from the mission go, I'm the one in charge of sending them. Sorry about that. We have the right address, I just haven't sent any of them. The last couple general secretaries were even worse because they actually never sent them. The letters that I have to send are only the ones that they should have sent. But I'll get them off. Don't you worry your little heads.