Another good letter, and many responses to comments in our letter.  The reference to Steven skiing is from when he and I went Skiing in Utah over spring break.  We also spent some time at Arbor Manor.

Subject:  "Any food that grows here is tough and tasteless. The people that grow here are even more so."

First things first. That picture of Steven makes him look just like Hiccup from How to Train Your Dragon. So that's pretty awesome. Not to mention, skiing is always cool. Considering that the weather is now really, really hot, I could really go for some skiing right now. But that will have to wait. God's work is calling louder than skis. 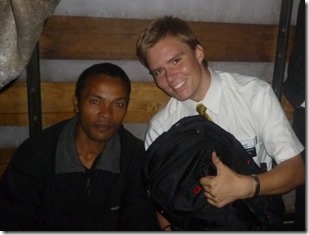 Although it still sounds like you are all staying pretty busy, working at Arbor Manor, fixing internet problems, building cabinets, going to school, and whatever Steven has been up to. Keep up the good work. You'll never regret that.

Speaking of work, the work here in good ole' Ambohimanarina is still going pretty well. There's still a couple investigators that I'm not really sure what should do about them, but we're dropping some and finding a whole lot of new ones, which will hopefully be cool and super diligent. We found this one guy fairly recently, named Parfait, who seems like he might be awesome. Only time will tell.

On the note of investigators, I forget if I already told you all or not, but our next baptism is coming up in April. I think the people that will be ready for that are Mario and Santatra, just super diligent people who actually study the pamphlets that we give them, Aina, this little girl who is way diligent (even though her parents are less active members), and Prinsia, who's family is not diligent. But she comes to church and reads the Book of Mormon more than most of our members, and keeps asking when she can get baptized. Even though her family isn't very... helpful, she has a good support system of member-friends and such, so we really have no reason to push off her baptism date. We're still working with her mom, this lady named Arlette, who says that she understands what we teach her but still tells us that she has already been baptized, so she can't do it again. We tell her over and over, as politely as we can, that her baptism had no authority, but she just doesn't listen. It's getting close to a drop-talk time. We have to wash our hands of her and go find some diligent people that are willing to put in their own effort to receive salvation. 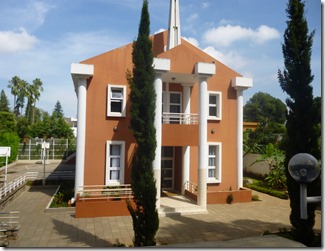 We go around telling people how to live forever with God in eternal happiness, and they say their fine. It's just super frustrating, trying to help these people when they just won't DO anything about what you're saying. Totally reject the missionaries, or totally accept them. Totally reject God, or totally accept Him. These people that try to stay in the middle are the most difficult, because you always think that they might have a chance of progressing, and they end up just wasting your missionary time. You're trying to be effective with the Lord's time, so you have to make the choice, whether you stay with them or cut the line. The umbillical cord of missionary work.

Speaking of umbilical cords, my nieces and nephews sound alive and well, and most importantly, having cut umbilical cords. All good stuff. It's fun listening to some of the other elders around here talking about how they just got their second or third niece or nephew. I'm like, yeah, I gained that many in the last month. Leaving the running total at... 13? Oh yeah. I think that means I'm winning the nieces and nephews competition.

The language here is getting better-ish, but I feel like I've recently been leveling off. It's time to start up the old brain again and learn some more things. I'm at a point now where I can get across a point, but I really want to just speak like a straight Malagasy. Which will take some more work. 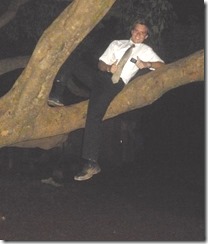 Work and time. Two things that never seem to agree. You work, you lose time. You try to enjoy the time, you get no work done. Hence the importance of finding joy IN the work. Enjoy the time you spend working. Oddly, it seems that the harder you work as a missionary, the more you enjoy it. I'm not sure how that makes sense, but that's how it is.

I guess I'll throw in that I've gone on splits a couple times recently, and it helps like crazy. Seeing the verses that other people use, how they teach, just way good stuff. I'm still loving working with Elder Eppich, but it's fun to change things up sometimes.

I'm sure this email wasn't entirely satisfying (just a lot of me rambling) but still try to enjoy it. More will come next week. Also, regarding the late-coming of last week's email, we were just super late getting back from Analakely (traffic in Madagascar. Gotta love it), so we didn't have time to go to the cyber before heading out to work. Today we almost had to do the same thing, since nearly every cyber is closed on account of Easter. Apparently Christ said we should hold his sacrifice close to our hearts by getting drunk for three days in a row. Way to be people.

That's pretty much all for today, so stay busy everybody, and find joy in the journey.