Transferred!  I was going to guess Sonsonate, but I didn’t.  I guessed Ahuachapan.  Apparently nobody guessed Sonsonate.  But we did get some pictures!

I had no idea what quote I was going to use for this email, so I used one from the Book of Mormon Seminary videos. In Spanish, because I remember it much better in Spanish. 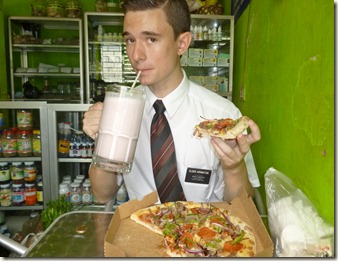 I know you've all been on the edge of your seats for the last few days and are hoping for something super mega awesome, right? Well, whatever it is, I'm not going to do it. I'm still a young man, you know. I've got prospects!

Sorry, that came out of nowhere. It could have actually made a good subject line, but that was like forty seconds too late.

First, let's talk pictures. Evidently I was just missing the httpS, but I just did it and it worked perfectly. The downside is that the ciber where we write is using linux of all things, so I don't have Internet Explorer. So I'm uploading a few pictures through Firefox. In the next couple weeks I hope to get caught up in picture sending.

I was surprised by the horrible lack of guesses for my next area, but I guess it keeps me from having to go buy people souvenirs. I did not get shipped out to Texistepeque nor to Ahuachapan, although they were good guesses. Instead, I hail you all from Sonsonate, Sonsonate. It is much hotter here than in most other areas, and my particular area is right in the middle of the city. And it is huge. Not the city, just my area. I said I'm in the middle of the city, but the area also extends like ten kilometers outside of the city. Or more. All I know is that I doubt I'll see the boundaries. And it takes a long time to walk between appointments. And there are a ton of ridiculously big hills. That's crazy. 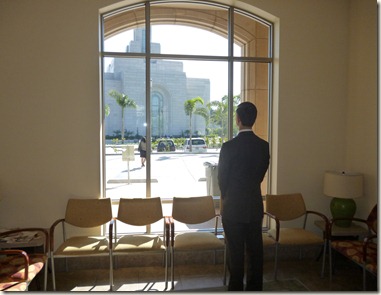 My comp is named Elder Hernandez, and this is his first area. He came in the same change as Elder Adams, but is from Guatemala, so he was only in the MTC for three weeks. That means he has a tiny bit more than three months in the mission. And I am coming up on nineteen. That's so cool.

Side note on that: We went to go play soccer in Juayua against the zone of Juayua today, and me and a couple other Elders all had the Christmas shirts from 2010. 2010! We felt so old.

Our area is one that baptizes. Or used to. In my first few months, everyone wanted to come to Sonsonate because they baptize out the wazoo. However, that's died out a bit in the last six months or so. Now they don't. But I'm here to change that. The members seem really willing to work with us, despite me shocking every single one of them with one of those pens you sent (best idea ever!), and me and my comp are working pretty well together. The only thing is that he is very quiet, and hardly says anything in lessons even when I just stop and wait for him to talk. It results in awkward silences more than him teaching. But he's good. 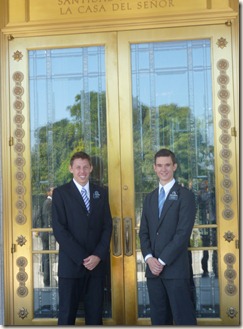 Wow. I just remembered as well that on Wednesday, my last day in Chalchuapa, Elder Oliverson came over to say goodbye to me. That may be the last time I see him before I get home. He leaves in February.

I did, in fact, get that package. Elder Hernandez was more than willing to accept the stocking that probably would have gone to Elder Adams, too. And I had an idea or two for things that I could get in a future package, but I forgot them. So if you don't send it off this week, I might have something next week.

Another thing that I just remembered about my area, which is awesome, is that for $60 a month a member feeds us breakfast, lunch, and dinner! Except that she is putting her papers in to go on a mission, so I may lose that soon.

Our investigators are pretty slim right now, to be honest. Elder Rodriguez, who was here before me, got five baptisms last month, but it really looks like he stopped finding news to focus on pushing those five through. Which is a problem in the whole mission, by the way. All of us do it. We get comfortable when we have dates, and stop looking. The problem is that I got to the area and asked Elder Hernandez what our plans for the day were and what appointments we had. The answer: We're going to contact, because we have no appointments. Nor investigators. Ouch. So my first few days that's about all we did. 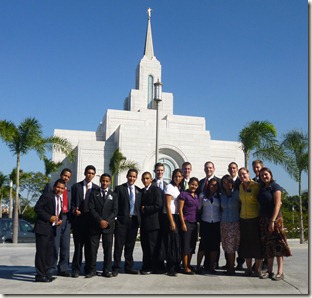 There are a couple older investigators that look like they could progress, though. One is named Mauricio, and he's 21. He seemed pretty excited about the idea of getting baptized when we talked to him, and we put a date for later this month, but it fell because he didn't come to church. And there's another older lady named Eva and her granddaughter Mérari (pronounced like Melody if you had a handful of crackers in your mouth). They have a lot of family that are members, and we watched the Testaments with them, which they loved. It helped them understand the Book of Mormon a little better, they said, and we're going to go back and put a date with them soon.

Elder Duzett was once in Acajutla, Sonsonate.

And that's about all I have time for now. This area and zone are great, and I've been seeing a lot of growing potential. I'm only a DL of my area and the sisters in Sensunapán, so it's a little bit less to worry about, but we've set some pretty good goals and are working hard to achieve them. Thank you all for the emails and support and all of that other stuff that usually is mentioned at the end of one of my emails!

PS: Does anyone have a fiddle? Have someone from coach fiddle for me.