Week 7 in the Mission Office

In which David is now on his own as General Secretary, demotes the former secretary, and doesn’t start driving.  Cracks me up.  But then the fines are cheap….

And some new pictures, without explanation.

Subject:  Gizelle! We shall be married in the morning!

This week was crazy. And I can’t say I have a ton of time to write because Hermana Lopez came over to the house this morning and had us clean for over four hours. And I promise you, the house doesn’t look THAT much better than it did before. 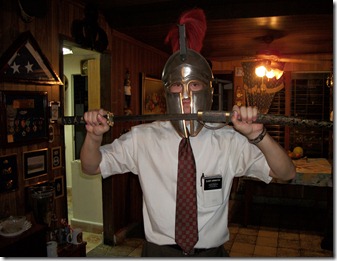 Last Saturday I went with Elder Gonzalez to the driving school to let him take his driving test, which he failed last time. He passed this time, but I tried to take it, too, and kind of failed. I blame it on not understanding a few of the questions. You might all get a kick out of this, though. If you are caught driving without a license in this country, you know what they fine you? $11. That’s a regular offense. Then there’s grave offenses, things like driving in zigzags down the street, running stop lights, etc., that come up to a whopping $32. If you do a super grave offense, of which there are only a couple, which are probably things like punching a police officer, driving while trying to inject illegal stashes of heroin into your system, etc., you MAY be fined up to $50, and your license will be suspended for a time, which doesn’t matter because that’s only another $11 down the drain when they catch you driving again. No wonder nobody obeys traffic laws around here. 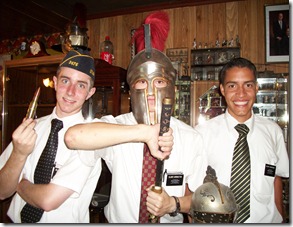 I forgot to mention last week, though, that I found out my blood type finally. I had to get a blood test to get my license. As chance would have it, I’m O-. If I’m not mistaken that makes me the universal donor. Which is tough for the Red Cross, because last time I tried to donate they wouldn’t take me, and now they won’t because I’ve traveled to El Salvador. Well it serves them right.

The new people were coming in this week, though, so Elder French and I had some fun times there. We had everything basically ready for that, so it wasn’t super bad, but it got worse after they got here. More on that in a minute.

Sunday we found out about changes. Elder Vasquez went to Belize, which we already knew, but he got a super lazy companion that’s just a really weird guy. He was definitely not stoked about that. Elder French was the big one, though. We in the office get calls from the assistants while they’re in the president’s office telling us what changes are like, and it was rough. They said that president had Elder French set as the ZL of Ahuachapan (not bad at all) and was finishing the rest of the changes when he saw one of the cards that wasn’t done right. That’s our job, so he 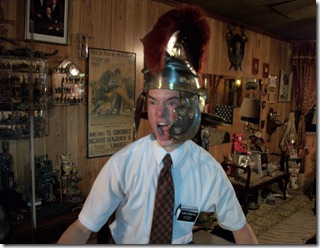 called Elder French and basically said in a much more harsh way, “I can’t believe that after however many months you have in the office you still can’t do this right.” Then he told Elder Aguilar, one of the APs, to drop him down to a DL in Armenia, probably the hardest area in the mission. Ouch. And then he was super angry at me, because the card that was messed up was on the half of president’s wall that I did. What do you say to that?

As it turns out, we went into the president’s office the next day to fix everything, and Elder French had missed way more stuff than I did. Therefore, not my fault. Plus, as everyone knew, Elder French is not the best at remembering to do stuff. Regardless, he’s gone, and I am now the solo general secretary.

Oh, I forgot to mention, the news came in and spent the night at our house, as they always do their first night. The next day we brought them all to a meeting where they were to get orientated or something. I got to speak about things like how to email, that they need to learn English, etc. Something that I’m sure you already know is that Elder Duzett was training, so I got to talk to him for a bit at the meeting. His new missionary, which I’m sure you don’t know, is named Elder Di Fini, who is from Argentina. He’s a good Elder, I think. On the way to the meeting we had all the news contact, and he got two referrals, which he gave to me with their names, numbers, addresses, times of day to contact, and a few other notes. Most of the ones I got had just a name and phone number. So his parents should be excited about that. By the way, he’s doing awesome out here. 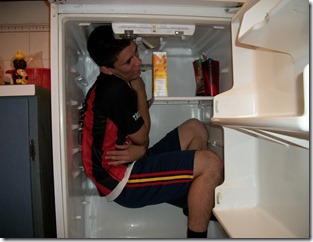 My investigators are doing well. I’m now companions with Elder Gonzalez, who was already in Monserrat, so we’ve kind of inherited each other’s’ investigators. His were a lot more positive than mine. We have the Diaz family, where the wife’s sister is the sister in law of a member, so she’s kind of acquainted with the church. She prayed to find out if it was true, though, and had a dream basically saying “Yes, it is.” So her, her husband, and their 8 year old son, are all really close to having dates. We just have to get them married. We’re also working with the Caminos family, the husband of which has been a less active most of his life, and the wife never really knew anything about the church. They’re awesome, though. Very positive.

Okay, I’ve got to go. Time is just about a running out, and I still have one more really quick email to write. Oh, and Dad, thanks for the heads up several times about the Disneyland thing. And I can’t watch Youtube videos, so if you can send that to me in an email that’d be a lot better. Thanks!