Did I mention I learned the right way to pronounce Atiquizaya?  It’s like A Ti’ki Sigh’-a, I’m told.  Anyway, David’s work area must be outside ATikiSigha, since the other Elders are getting all the success.  Or so it seems to David.

No pictures this week, so I added a couple from previous weeks.

This week’s subject (where does he come up with this stuff?):  No way. That is so punk rock.

Alright, I was glad to hear from a bungleload of you this week, even though it seems like the major issue at hand is Emily and Dave’s trip to Utah. Oh well, I guess someone else will have to tell me how the Ducks are doing.

Seriously, though, it was fun. And just so you know, Dad, I love hearing about new technology coming out, and my comp freaks out every time I mention something like that, so it’s fun to tell him. He hasn’t even seen a movie in 3D before, and doesn’t seem to understand what it would be like. Oh, he’s so naive. And that’s super sweet that Verizon may be moving to the iPhone. Seriously, I’m excited. But I’m still not sure about the whole iPad thing. I’m thinking a laptop may still be the way to go. But, of course, I still have a year and a half to not think about that. 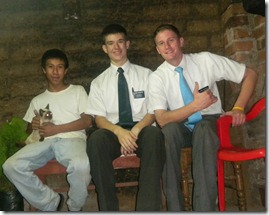 This week was a little bit better than the last. We worked hard and had a lot of appointments fall through, as always, but we managed to do some good. We set a date with a guy named Alex Fuentes for the 22nd. He’s in his late twenties, I think, and his whole family are members. He just never got into it. But then, one day, his sister told us that he wanted to take the lessons and change his life. Well, that’s what we’re here for.

We also set a date with a nine year old kid named Herson Cruz. His family used to be inactive, but we reactivated them and they’re super sweet. I love them. The only problem is that the father is meeting with the bishop to work through some past thing, and I’m not sure if he’ll be ready to baptize his son on the 22nd as well. We really are pushing for it, though. The other Elders, from Atiquizaya, (Elder Hardy and Elder Gonzalez) have, right now, I think five dates for the 22nd, and four on the 21st. Most of them are kids, I think, but they’ve been coming to church on their own for a long time. They’ve been having crazy success. More on that in a minute. 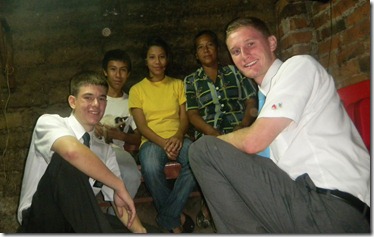 So we also have this meeting every Wednesday called the Noche de Hermanamiento, or brothership night? Night of fellowship? Something like that. But we went to it to go find some referrals, and the bishop hadn’t gotten there yet. So we started the meeting, sang a hymn, and then I was asked to give the lesson for twenty minutes or so. I think I did a good job, because I felt comfortable the whole time and felt the spirit. So I blame that success on the spirit, of course, my public speaking class, which was really just practice, and Dad, for teaching me how to throw together sweet lessons like that. So thanks, Dad.

Friday, too, we had a dinner over with the Afane family, who are super awesome. They love the missionaries, and can cook like nobody’s business. So we went over there and ate this huge nacho dinner thing (which is rare, here; they like to cook gringo food) and watched the Work and the Glory, which my comp had never seen. Good movie, and I think it was good to relax like that and enjoy the movie. That’s something I’ve missed for a while.

Okay, I was going to talk a bit really fast about Elder Hardy and Elder Gonzalez. But, of course, I’ll give you the watered down version. Elder Hardy is a super obedient, super hard working missionary who is here because he really wants to be here serving the Lord. Elder Gonzalez, not so much on any of those. Long story that I was going to shorten made even shorter: he’s been really dead inside, and we found out he’s been doing, watching, and listening to things that very much contribute to that. So we told president, who told Elder Gonzalez to go home since he doesn’t want to be here, but he didn’t want to, and you can actually only get sent home for breaking the law of chastity or word of wisdom, so president told the ZLs to not let him stay in the same area for more than a couple days. So he spends two days here in Atiquizaya, and the rest in other areas. So 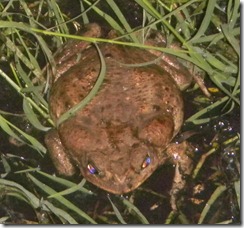 Elder Hardy has been getting different comps almost every day, and he’s killing it out there. Really, he’s getting super blessed. I went out with him one day, and a guy called us over to talk to him. It turns out he had had a friend that was Mormon who talked to him a bit before and it made him feel really excited inside. But he never got a chance to talk to missionaries. His wife had gone to our church before and was getting ready for baptism, but the Elders left and the new ones never looked her up. They were super good people, and super golden. That’s God saying, “Here, Elder Hardy. You’ve been pushing your comp to be a good missionary for two changes now, so how would you like a family to baptize, on me?”

Another example of this: My comp and I went by the church because there was an activity and we wanted some new investigators. I sat down for a second, and a twelve year old kid literally sat down next to me and asked, “Excuse me, can I be baptized into this church?” I was like, YEAH! Of course, he lives in Elder Hardy’s area, so he gets that one too. I’m kind of bummed every time that happens, which has been a lot lately. But this kid was getting ready to get baptized in some other city, but then he moved before he could, so now he wants to here. Crazy miracles. I just wish they were in my area...

Alright, I’m all typed out. I hope you all had some laughs at how the success keeps getting dangled in front of my face and then given to Atiquizaya, but whatever. I’m happy for them. We’re right now just trying to have one massive baptismal service right now for the 22 with both wards (did I mention we have seven dates for then right now, with maybe two more on the way?). Fun stuff.

I love you all, and really appreciate Julie and Dave DeRurange, Regan Arrington, Ed Arrington, Adam Lawson, Sarah Fotheringhom, and President Lopez for writing to me. The rest of you will get your special recognition when you write me :)

I blew it. Also, David Frogley and Elder Schaugaard wrote me. Ha. Schaugaard. What a silly name.