Here’s an interesting insight.  Apparently there are four elders in his apartment, not two (are there more?).  And it appears that the cockroach problem may be the fault of the gringos, not the natives we may have assumed before!

The subject on his email was:  “Not too much to report today…”

Like I said, not much to report. First, let me just say that I discovered something really good. I discovered that when my comp tells me I’m doing something wrong or need to improve something, if I just make a joke, especially at my own expense, we do just fine. This last week we’ve been doing great, and we’ve started to just open up and talk a lot more than before.

I think I may have mentioned that I had a meeting with the Mission President this last week, which was really just to see if we greenies were doing alright. It ended up being cancelled because of gang activity. From what I understand, some gang members threatened to blow up a bus if any went out on Tuesday, so there weren’t any out, and then the governor started trying to crack down on it, and it was pretty ridiculous. Police were everywhere, all the time. Normally it’s not strange to see a guard or someone with a shotgun or machine gun in front of a store or something, but this week they were basically on every street corner. At least in the city. So for three or four days we weren't allowed to ride buses or be out of our house after 6:30. That may sound like a nice break from the work, but seriously I have never been more bored in my life. There is nothing whatsoever to do in our house. I just wanted to get out and work so bad! 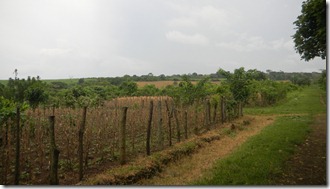 Eventually that all got cleared up, and we can proselyte as normal again. We’ve found a few new investigators through contacting and a couple referrals, and I have to say, my comp was kind of right. The investigators from referrals are incredibly easy to teach compared to the contacts. And they already have someone to bring them to church. Of course, that doesn’t mean our contacts weren’t rewarding. I think I already said we’ve got a baptism this week for a kid named Mauricio. He’s 18 and was a referral, and he’s come to church almost every week for the last four weeks and has taken the lessons very well. He always asks really great questions, and I think he’s going to be a great member. His family isn’t progressing anymore, though, and they kind of don’t want anything to do with us, but they aren’t stopping him from being baptized. They’ve even helped him get up in time for church. Also, we contacted a family called the Hernandez family, which is one woman and three daughters, and we’ve only taught them twice, but they were very receptive. The sister had several questions for us about what happened to the real church of Christ, why there are different translations of the Bible, and how she can find out exactly what God wants for her and her family. Of course, these are our specialty.

We also found a man named Rigoberto, who we’ve already committed to baptism. He knows it’s all true, but we have to wait until the 26th because he needs his two church attendances and was out of town this last week. Last time we went to teach him, though, he was talking to a friend and introduced us. It turns out that he had already invited this friend to church with him next week, and we taught him the first lesson, which he also loved. Very powerful, this missionary stuff. And we got another referral named Herson, who we’re going to hopefully commit to baptism today or tomorrow. He was probably as receptive as Mauricio, so I’m pretty excited about him. Hopefully by the end of the month we’ll have four baptisms. I honestly think it’s possible. It’s what we’re planning on. And then maybe the month after we can get the Hernandez family. Awesome! 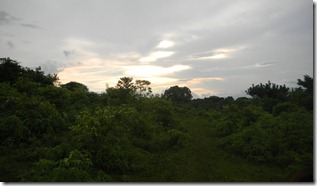 I uploaded more pictures, but they’re just scenic. Sorry about that. This week I promise I’ll get pictures of me and maybe some members or other Elders. It’s just rough because there’s never really time to take pictures. But hey, at least I’m getting a few up.

A couple other things I think I forgot to mention, really fast. The food here is amazing. There’s things I don’t really enjoy much, but most of it is delicious. I eat pupusas practically every day, since depending on the day I can buy 4-7 for a dollar. Plus they’re fantastic. Basically everything else is made from corn or rice, including a lot of the beverages. I’ve drank some pretty strange stuff here. This one drink was literally, I think, corn that was ground up and melted or something. It had the consistency of a milkshake, but it was hot and tasted exactly like corn. Very strange. But it wasn’t terrible.

Also, I noticed that no other houses really have a cockroach problem. We’ve got more than usual right now, something like three or four dozen on our floor (the other day before I showered I had to kill 5 in the shower, bringing the grand total dead in there to 14), so I was a little surprised to find out that other houses don’t really deal with this problem too much. Really I think it’s just because our house is filthy. One of the other gringo elders is really messy. He always leaves orange peels, apple cores, pudding cup things, etc on the ground or counters. Maybe if he gets transferred this change we’ll just spend a day cleaning everything.

We’re almost positive that Elder Reyes is leaving this change, by the way. He will have completed eight months here by then, and that’s a lot for one area. Just about everyone has been telling me that I’ll be here for a long time. It doesn’t always happen like that, but I guess I need to know this area really well or something. I’m not complaining. Things are moving really well here, and the members are great. 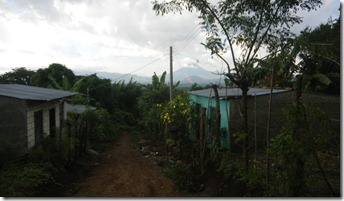 Alright, I’m running out of time, so it’s time to respond to people. I don’t think I had many direct questions, but I really enjoyed all the emails. Seriously I was laughing out loud at most of them. Things just seem really funny when I stop and think about home, since I feel like I’ve been a missionary for forever. Plus I can totally just picture all this happening, so it’s great. Steven, I heard you got your jersey that you wanted, which of course means you need to do dang well this year so they’ll retire it when you leave. Michael, congrats on the job and ensemble. Those are both really great opportunities. I’ve never worked at a job quite like that, so I don’t have much to say for advice, but with ensemble just make sure you sing loud and confidently, but more importantly LISTEN. Many people in choir don’t, and they end up singing badly because of it. Always try to correct yourself or improve yourself, and you’ll be dang good. Julie, there’s a bit of a discrepancy in your last email. First you said you spent five hours on that thing, then you said four, so I’ll just assume that you meant one. But congratulations on getting fat. I think I may be as well. Stacey, you failed to name the other two quotes, but that’s okay because Emily got them. I commend you on your monkey theme and your ongoing battle with beanie. Just remember, you can’t make an omelet without breaking eggs. Interpret that as you will. Lindsay, it’s good to hear Mike is keeping you in your place with this motorcycle business. A woman should not tell a man whether or not he can ride a bike. Just remember, Iron Man is a superhero, but Iron Woman is a command. Let that be a lesson to you. But seriously I loved hearing from you again. Emily and Dave, it’s good to hear that the family is doing well. I’m glad the boys are up and walking, and it sounds like everyone is having fun starting school, playing soccer, and occasionally boating. Mom, I haven’t gotten any mail since I got here, but maybe I will in a couple days. Regardless, it’s good to hear that you’re up and shopping again, and just between you and me I always knew your to-do list/organization skills were right. And Dad, thanks for all the updates about the family and such. It’s sad to hear BYU blew it, but I’m not really that sad because I never watch football out here. I just hope they don’t do that when I get back. Thanks everyone for your support. I’ve been getting a ton of it, and it’s really helped me to stay focused while I’m out here. That may not make sense, but it just helps to know that things back home are good.

Thanks again for everything, and I’ll send some pictures this week. It’ll be great fun.