The pictures we got this week are not of Michael, but of some pictures he’s apparently purchased.  Michael has been serving well in Sabotsy Namehana for a long time now—nearly 7 months and sounds like he’s still doing well.

Subject:  "It's the only building in Metrocity with a fake observatory!"

Yo listen up, here's a story. About a little guy that lives in a blue world...

Elder Carrus, the Italian that's living with us, came to me this morning and said, "you only have nine months left".

I laughed and said, "no, I still have... what the flip!?" I thought about that for a second. For some reason, my brain was still thinking that I had just passed my year mark, but that was apparently three months ago!

So I got pretty freaked out about that. But now it's time to, as mom says, "make every day count". 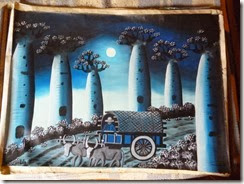 On that note, let's talk about the people. Elder Stokes and I have been teaching this guy named Faniry for a while now, and Faniry just won't progress. We give him assignments, check up on him, and he just won't do anything. Frustrating.

So we went to talk to him again this week, and, after a good long talk, he just said he doesn't want to learn anymore. He likes being Catholic, and doesn't want to change. And just like that, he asked us to stop coming to teach him. Ouch.

We actually spent a good portion of this week drop talking old investigators that aren't progressing. It's almost funny, because we inform them that we won't be returning anymore, and they get all sad. But then we brighten their day by saying that if they come to church, then we will come back to them. That gets them excited, and they promise that they'll come. And guess how many of them showed up at church this week?

But we also did some contacting, trying to find diligent investigators. We tracted out right near the church (because we had never thought to do that before) and found a few nice people, many of whom promised to come to church. Then Sunday rolled around and...

So you see where I'm going with this?

But this week hasn't been all bad. Honestly, we're pretty happy with the outcome. We got some good contacting done, and met some interesting people. One of my favorite is a kickboxing instructor. 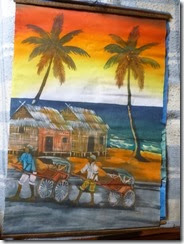 We met him as we were stopping to pick up candy (to give to investigators that complete their homework) and we noticed this huge guy with a towel tied to his head staring at us. After a while, we say hello, and start talking.

It turns out that Huge Guy has talked to missionaries in the past, but they stopped coming to him after a while. We asked HG where he lives, and he pointed right behind the epicerie we were at. So we walked there, and found out that he is actually a pretty well off, with a nice house. His wife and kids weren't there at the time, but he promised to have them all together at the next lesson.

All in all, he seems like a way nice guy. We have gone back there one time so far, and his entire family actually seems really nice. HG has also promised to come to the church on Saturday to watch the Restoration film, and he and his family have been given a baptism date for January.

We have also been teaching Toky and his wife for a little bit, and they are progressing decently. We showed them the Restoration video at their house this week, and they liked it. It's clear that they didn't really understand it, but they liked it. We might try watching it again with them, pausing and talking about what's going on.

It was kind of funny though. After the film ended, Toky asked us to go back to "the part with the angels". For some reason, people have a really hard time understanding the whole "God the Father and Jesus Christ showed themselves to Joseph Smith. But Toky did like that part, and we think it helped them understand a bit better.

One last family that I want to talk about is that of Benjamin. Benjamin caught us last Monday on the street (smelling faintly of alcohol) and told us to come to his house, which was nearby. So we went. We have gone back two other times since then, and Benjamin, his wife, and his kids (there are three, each of which is married but still sharing a house with Benjamin) seem to be really cool. 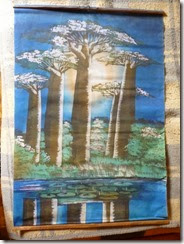 Benjamin's wife is that person that reads the entire pamphlet between lessons, and comes back with questions. Good questions. And she listens to the answers. Benjamin has been a little slower in reading, but he listens to what we say. They also have a bap date in January.

Sorry, one last family. We met Solo and Bodo a long time ago, but "never had time to contact them". Finally there came a day when we could, and it's been awesome since then. Solo is now, after three weeks, almost done with 1-2 Nephi, and understands what he is reading. His wife and kids are also way diligent, reading at every chance that they get. They also have a bap date in January.

So all in all, we are pretty happy with how things are going here. We have also gotten some advice about other things that we could do to help our investigators, which we are planning to start applying this week.

And finally, I wish you all a grand time at this "Thanksmas" (or is it "Christgiving"?) family reunion. And send a picture!

Speaking of pictures, I had a problem with the server today (I'm pretty sure it's on my end, not yours) so I'm just emailing pictures. Here are three paintings that I bought today for about thirty dollars. For all three. Booyah.

PS: David, Elder Stokes and I saw that first picture of this Gabby and went "daaang!"