Michael gets his new companion this week, who appears to have a good sense of humor as well, looking forward to hearing more about that.  Michael also issues us all a challenge.  And sends a few more pictures!

Subject:  "And your intention is to blackmail this person? Good luck."

Long goodbyes, and short companions. It's a funny world we live in. 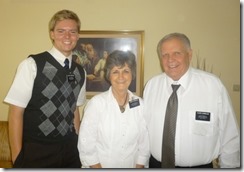 Elder Razafimandimby left on Thursday, and was replaced by Elder Andriamanganoro. My new companion is rather short, but he's way good at English and has an awesome sense of humor. Fortunately he still lets us talk in Malagasy, so I'll still be able to learn a ton about that and such.

We've also done quite a bit of tracting recently. On Friday and Saturday we probably clocked seven or eight straight hours of it, and taught three people throughout those two days. And two of them were long time investigators. Still, we set up some return appointments and invited a few people to church. 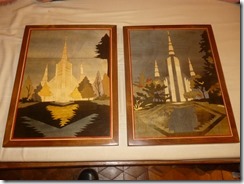 Here's a little side note about the Madagascar geography: there are areas that are "province" and there is Antananarivo. I've probably said that before. Elder Andriamanganoro just came from a province (Toemasina) and told me that it's way easier to teach out in provinces. People are far more accepting, and just generally nicer. So apparently there are "good areas" out there. We just have to bring Sabotsy Namehana to that level. It could be rather a good deal of work.

And it is hard to work when you are sick. Apparently it's bad for you to eat meat that's pink on the inside? Yeah. I definitely should have been smarter about that. Tracting plus sickness are not good combinations. But I think I'm getting past the second of those, mostly thanks to the medicine and things that mom sent with me (who knew I would have a chance to use those? I guess mom did. Thanks mom). 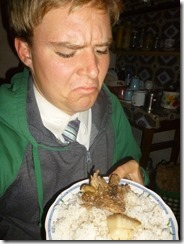 But enough of that. On the bright side, the people that we DID end up teaching seem to be progressing pretty well. Solo is still being awesome, and astounding Elder Andriamanganoro the first time they met.

One person that we met recently was kind of a wierd (weird? I have no idea.) find. Elder Razafimandimby and I had tracted into this house a couple weeks ago and met this guy named Setra. He said he was busy, but we could come back another time. Yesterday Elder Andriamanganoro and I went there, knocked on the door, and asked for Setra. He comes out, and is entirely different from the person that I had talked to before. Kind of awkward. But this new Setra invited us right in and sat us down with his family, and asked a couple questions about our church. We explained the church's views about the Sabbath Day, the Law of Moses, and things like that, and he said that he agreed with everything that we had said. We then offered him the Restoration Pamphlet after explaining a little bit about it, and he agreed to let us come back again! 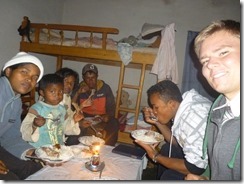 Elder Andriamanganoro walked out of that lesson (after teaching thrice in the last two days) and said, "that just feels better". Doesn't it? As a missionary you always feel better after a good lesson. Which brings me to my "Missionary Weekly Challenge of The Week". You read that right. Weekly.

I, Elder Michael Arrington, Son of Ed the White-Headed, Brother of Steven the Shirtless, hereby challenge all who read this to: call the missionaries in your ward today, offer to go teach with them once this week, and report back to me on how it went before I send off my next letter. 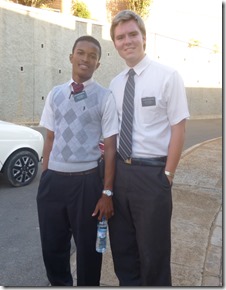 I promise that the missionaries are always looking for your help. Don't wait for them to ask. Call them up and offer it. And really make it a priority. There's not a lot of things more annoying than members and investigators that "don't have time". Seriously? The almighty God that created your body, organized your very intelligence and offers you a way to receive eternal happiness is asking for half and hour of scripture study each day, or teaching with the missionaries, to help you along your path to salvation. And you have higher priorities? There are so many times I look at people that we teach and think, as Ron Weasly says, "she needs to get her priorities straight".

And there does seem to be some rather big news this week. Happy Birthday Steven! My little brother is now that much bigger. A little advice on the driver's license test, from one who has failed it before: don't be nervous, and don't use your mirror's when you back up. Apparently that's a "bad thing" to do. And if it comes right down to it, bribery is always a good way to boost your score.
But seriously, happy birthday. Have a great time. 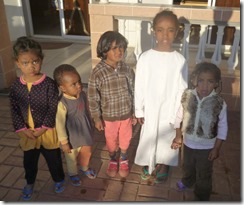 Lindsay, I'm sorry to hear about the power problem you had at Arbor Manor. An event without air conditioning is like an ice cream cake left in the sun. It's just not as cool.

Dad mentioned that you have all been going through a heat streak back in the homeland, some places even up to 127 degrees. Ouch. Madagascar can't seem to make up it's mind to be blistering cold or scorching desert. The last couple days have been really hot but I had to wear a vest and a jacket anyway because of "dis-eases" associated with some disease. But that's life.

Thank you everyone for your support,