Week 25 in the Mission Office

In which David is transferred.  Sort of.  Lots of pictures this week!  Many with explanations….

Subject:  "Do you have the power to engender the wrath of the gods? Do not deny me your gifts!"

Ha! Who says that? I'll bet not a single one of you will know it.

As dull as this is getting for all of you, I'm sure, this week was yet another week of changes. And none of us saw any of it coming at all. Elder Oliverson got changed to Sonzacate, which is a zone that baptizes a lot, but he's just a DL. That's really not normal for an office Elder. Normally we basically get to choose our position after. But it's still not that bad. Anyway, Elder Christner, another North American guy, came in to fill the gap in the office. Another weird thing there is that normally an office Elder has a full six weeks to train their replacement. There's just too much that you can't learn by reading the list of responsibilities that we each have and stuff like that. But here's the real kicker: Elder Christner came in as the General Secretary. He's not Elder Oliverson's replacement, he's MINE. Then who, might you ask, is 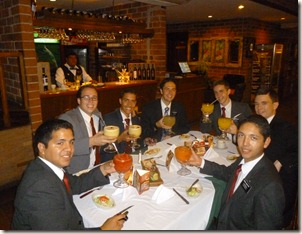 Elder Oliverson's replacement? I am. So I just got moved over to the next desk and am now the Records Secretary. In a really weird, twisted way that makes sense, actually. Now I can train Elder Christner for the whole change, and I am pretty familiar with Elder Oliverson's job, so the couple days that he had to train me basically got me up to speed. So there you go.

On Tuesday we had a going-away dinner for Elder Oliverson. Normally we do that with President and his family, but they couldn't because of how sudden the change was, so we just kind of did it ourselves. I'll try to upload a few of those pictures. Also, I already uploaded a bunch to the server, although from now on they will be in the Trebol, Modelo folder. Yeah, I also changed areas. Right after putting four baptismal dates. Figures. 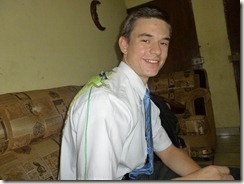 Really quick, I'll explain a few of the pictures. The ones with the lizard are with the Blanco family, who is a less active family in Independencia. We helped reactivate them almost completely, except for the son, Kevin, who really does nothing but play computer games for hours and hours and hours and hours every day. He is not really considering a mission specifically because of that. Video games are stupid (I know you'll try and use that against me, Mom). 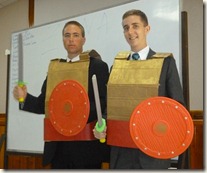 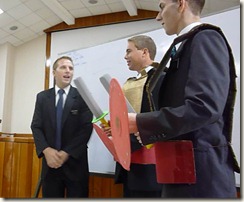 a zone meeting where Elder Brown (the one that is in the middle looking like he's talking to them), an Elder who was super awesome and just went home yesterday (he finished) wanted to explain something about being prepared and fighting with honor and something like that. It was violent. And educational. But mostly violent! 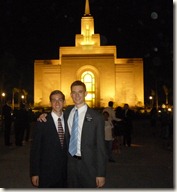 There are some pictures from one of the temple trips we went on, and picture 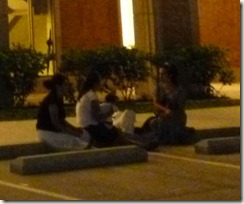 619 is a picture I sneakily took of this girl and her baby (in white, in the middle of the right group) conversing with some people. The girl's name is Abigail, and she's one of the investigators that we found a couple weeks ago that is progressing super well. I took the picture because it's super cool to see that she and the members are totally friends already. That's good

Picture 626 is some cartoon someone gave me about only having faith to a certain degree. I 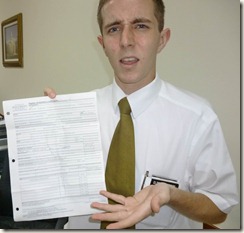 629 is a horrible fail at a baptismal record by one of the zone leaders. 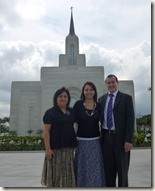 646 is Hermana Cordon with one of her daughters and her husband, who we met at the temple open house, since they normally live in Guatemala.

647 is the Afane family, who I was good friends with when I was in El Angel, in Atiq 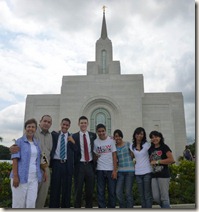 uizaya. They're still an awesome family, and I ran into them there. 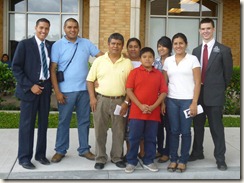 651 and 652 are the Martinez family, from Independencia, who invited us to an FHE every Sunday and invited Rolando (654 and 6 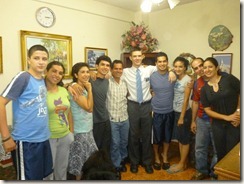 56) to them. Rolando is an investigator with whom we set a date for the 30 of July, and he's great. His two daughters, sitting next to him, are already members.

The rest are basically self explanatory. 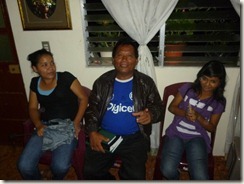 The week was really good, investigator wise. We had set a date with an old investigator for the 30 of July, and that kind of sparked something in a bunch of our investigators. Suddenly on Sunday we had two of them come up to us and say things like, "Hey, I heard someone's getting baptized on the 30. I want to get baptized with them!". So we set a date with Abigail (a different one then I mentioned above), who is a 16-ish year old girl who would have gotten baptized by now if she had asked her mom to sign the paper, and with Rolando. We also set a less-sure date with William Garcia, one of our "eternal" investigators.

And now I'm in El Trebol. My companion is Elder Huaman, the Financial Secretary. It'll be good, and I think we'll still have success there, but the date that they had before just fell a couple days ago. So we're back to square one.

Also, Elder Duzett is now in the zone Paraíso, which is right next to Modelo here in Santa Ana. Also, the office is in Paraíso. So I've been seeing him around a bit more.

Let's see if I can come up with something super spiritual to end this. It would probably not be about the guy who gave a very entertaining talk on Sunday about how the spirit told Nephi to cut off Laban's head, and that we are all sinners for not doing the same (his words, not mine) (also, he was a little guy with a big mustache that talked like a Mexican, so it was even more funny).

I was reading the other day in Mosiah, about Abinadi. It kind of made me think. That's not always the happiest story to read, but it is really powerful. Abinadi, this great guy and a prophet (which I'm pretty sure means that he's a great guy on it's own) is sitting there machettying all of the priests and King Noah because they're hypocrites and sinners and really just not nice people. And it's super entertaining the way he does it, by the way. I'm just saying. But the point is, he essentially fails. He gets killed, and nothing else happens. Well, as far as he knows. There was this one guy that kind of understood what he was talking about and tried to speak up about it and had to book it out of there pretty fast because his friends suddenly wanted to kill him, too, but other than that there was nothing. But then what happened to Alma? He got a group of saints together and started preaching and converting people and next thing you know he's saving thousands of souls.

What I was thinking about is that that is really how the mission is. You do your best and work hard and try to follow the spirit and do what you think you should do and say what you think you should say, but in the end you just don't see the results of it. Not all of them. Most of the people that I've taught that have gotten baptized were not found, taught, and baptized by me. It was all by other missionaries weeks, months, or even years before me. Rolando accepted the appointments of the missionaries before us because he remembered a couple missionaries who had taken him to the church back in 1975. And we're just now seeing the fruits of that. It's just something I've been thinking a lot about, since missionaries are occasionally talking about how many baptisms they have. I don't have many at all, but I have helped a lot of people who have gotten baptized after I left, and I've baptized young men who are now preparing for missions. One has already served a mini mission. There's no way I will be able to know how much of a difference I make out here. Sister Lopez always told us that. "You can count how many seeds are in an apple," said she, "but you can't count how many apples will grow from one of those seeds."