In which David hears more about our cruise (yes, it was fabulous!) but does a little vacationing on his own.  Sort of.  But we have pictures of his little jaunt!

Even better, David greets a mini-missionary—one with special significance to him personally….

Subject: “If she looks as good as a mailbox, I might be crazy enough to turn my life upside-down and marry her.”

So, I am a little tiny bit jealous about the cruise thing. I'm not going to lie. That looked pretty ridiculous, and I'll have to hear all about it when I get back.

While I'm on that note, by the way, I just got an email saying I will be going home on June 21, 2012. That is 101 days from today. Wow. That's the email I never thought that I would get. Oh, and I told them that you would all be picking me up in Portland (PDX). That's still the plan, right? 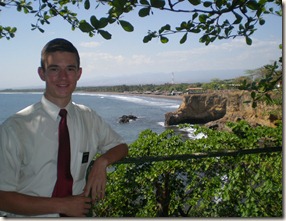 The cruise! I am jealous, but I did also get a little vacation of my own this week, which was pretty awesome. Well, actually it was just for a few hours today, but it was great nonetheless. As a zone, we headed down to Acajutla, which is the only area in our mission now (I think...) that is on the beach. We played some volleyball and soccer for a few hours at the chapel, which was fun, and then we went to eat at a restaurant overlooking the beach and some cliffs and stuff. It was a great view, and we took some awesome pictures. My camera died right after we got to the beach, though, so I took pictures with other peoples' cameras and will just have to copy the pictures next week. This week I didn't have time since we're writing so late (it was a long activity). But it was great to be down on the beach and at least imagine being able to go swimming in it. And the restaurant was kind of expensive, but very nice. I got some kind of fish (boneless) that was stuffed with shrimp. And some guy even came up and we paid him five bucks to play a few guitar love songs. I uploaded just a couple pictures. And a couple from other stuff. But that was the activity. It was nice.

What wasn't nice, was that our cook lady, Karina, who cooked us breakfast, lunch, and dinner, suddenly got sent off as a mini missionary. So suddenly we had nobody to cook for us and no food at home (we just paid her instead of buying food), so this week we spent a lot of time fasting. And buying pupusas. And it looks like we are very much running out of time this week, so we may not be able to buy any groceries again. Ouch. We may ask special permission to buy, though.

Here's a cool story: An Elder in my district got sent home, although I have no idea what it was for. Supposedly it was something that happened before the mission. Anyway, when that happens they usually call in a mini missionary to replace him until more come from Guatemala (all missionaries now go to the Guatemala MTC instead of staying in Provo like I did). And that's what they did in this case. So the next day, Saturday, we had a stake missionary activity for the primary, and I got to meet the mini missionary. Guess who it is? Mauricio Granados... my first baptism! I was not expecting that at all! Actually, somebody had told me that he had moved and went inactive, which was terrible, and then out of nowhere he shows up as a missionary! So I'm pretty stoked about that. One of my converts is in my district. I baptized him, and now I'm his DL. Crazy. 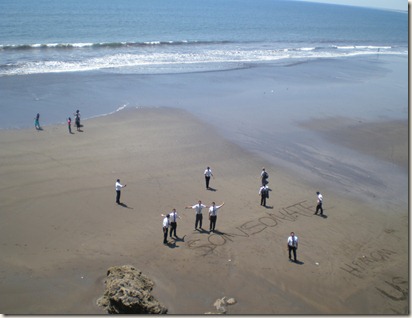 Also, you may remember that another one of my converts, Gerson Castro, already served as a mini missionary. He is leaving in about a week for his mission in Peru. I think I already mentioned that he had gotten his call, but I figured I'd give you all the update anyway. Having converts go on missions is the coolest thing ever.

As far as other investigators go, we have kind of half dropped a lot of investigators. We got several references this week that are super positive. We already put dates with some of them, so now we have four dates, although only two have been to church. Saul is one, and he is getting baptized this coming Sunday after stake conference. Oh, wait, I lied, we only have three dates. But two more are coming quickly. The other two we have are with a lady named Wendy and her son David. Wendy's mom is a member from a long, long time ago, and they're really good friends of a few members, and now want to come back to church. Wendy and David now have dates for the 25, but only Wendy came to church on Sunday. I think David was just shy. He'll open up more when he goes to mutual on Thursday, since he loves playing soccer and they do that a lot there. 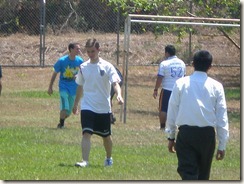 The one that I started to count as a date was with a really interesting reference named Dafnee. She had been baptized a long time ago, but never went to church again and so supposedly was never confirmed. That was like 12 years ago, and now she wants to go again, since a member has been visiting her a lot. The first time we talked to her we put a date for the 25 and she was basically crying and saying that she already wanted to get baptized and wanted to know what she could do to speed up the process. That's a cool date to have. She even came to church on Sunday, and loved it. Golden, right? Right. She was golden. And then we found out that she had gotten confirmed the same day as her baptism. So she's still awesome, but is now a member, not an investigator. I guess there's no such thing as an easy baptism, right?

That's about all I have time for right now, so I'll have to catch you all up on the rest next week. Thanks for all of the support that you all give me, and for all of the updates about daily life. And vacations. It doesn't make me baggy, really, it's just fun to see. Oh well. I love you all!

PS: My comp just told me that a new For the Strength of Youth came out, and it specifically says that we cannot download music illegally. And supposedly we can't get a temple recommend if we do it. That's interesting, but I'm totally for it. Can anyone confirm that for me?